TRACER is a command-line (also known as the terminal) environment.

Windows users must use the Command Line, NOT the PowerShell.

To use TRACER you must ensure that you have version 8 of the Java Software Development Kit (JSDK). To check your Java version, open the terminal or command line and type:

Press ENTER. The resulting message should looks something like this:

If the second number in the sequence is lower than 8, a new JSDK Java package needs to be installed. Download the package for your operating system, install, restart the computer, open the terminal and re-type the command above. Your version should have changed to 8.

TRACER does not execute on computers running Java 9.

If your Linux distribution uses dnf then type the following command:

If you're a Linux user, the installation instructions above should suffice in helping you run Apache Ant and you can therefore skip the rest of this section. If, however, you prefer to install Ant manually, then please read on.

Apache Ant is a regularly updated software. At the time of writing these guidelines (May 2017), the latest version of Ant is 1.10.1. The following instructions are based on this version. Please ensure your Ant version is always up-to-date.

The easiest way to install Ant on your Mac is to open the command line and type the following command:

Make sure you have Homebrew installed or the command won't be executed.

Should this installation method not work, please read on for an alternative solution.

Navigate to the Apache Ant download page. There, the Current Release of Ant section lists different download options in archive formats. Select the .zip format. For the Ant 1.10.1 version, select apache-ant-1.10.1-bin.zip. The bin substring in the file name indicates that a pre-compiled binary and executable Java program is included in this release of Ant. Please store this file in a dedicated folder on your machine, such as /Users/johnsmith/Tools. If you want to make Apache Ant available for more than one user on your machine (e.g. make it accessible from a server), you should not install Ant in a personal home folder (e.g. /Users/johnsmith) but in an openly accessible folder, such as /opt/apache-ant. The instructions below are based on the installation of Ant in a personal folder.

The download file can be extracted by navigating to the download folder, right clicking the apache-ant-1.10.1-bin.zip file and selecting Extract. Alternatively, the extraction can be processed via the command line, which is much faster especially when you're unpacking large files. To do so, open a terminal and use the cd command to change to your download folder. For example:

To unzip the file, type:

After unzipping the file, a new folder apache-ant-1.10.1 is created. You can verify its existence by typing:

For Windows users (see Command line cheat-sheet) the command is not ls -l but:

Under Mac OS X and Linux distributions, it is also necessary to set the access rights so that the program can be also executed. You can set the necessary rights by typing:

An environment variable is a key-value-pair to which all user- or system-wide programs have access. The Apache Ant software looks for the environment variable ANT_HOME along with the folder in which Ant is installed. To reach the Ant home folder, in the command line type:

To visualise the path of Ant’s home folder, type:

This command stands for parent working directory and will show you the folder’s location on your computer (e.g. /Users/johnsmith/Tools/apache-ant-1.10.1). You should now copy the path as you will need it in the next step.

In order to make the value or path available for the environment variable ANT_HOME type:

which will take you to your personal home folder (i.e. /Users/johnsmith/). In this folder, you should see a file called .bash_profile; if not, create it by typing the following in the command line:

vim is a command line text editor and works equally on local and remote machines. To edit the file .bash_profile press the i button on your keyboard. When in i (i.e. insert) mode, type:

To exit the vim insert mode, press the ESC button on your keyboard. To save the changes and close vim, type:

On Windows machines, setting the environment variable works a little differently. First, right click My Computer, click Properties and go to Advanced system settings. Click now on the Advanced tab. Click on Environment Variables and then on New ... . Insert ANT_HOME as variable and /Users/johnsmith/Tools/apache-ant-1.10.1 as its value.

Note 1: You can download and use different versions of Apache Ant at the same time by storing the unpacked files separately (e.g. in a folder called Tools, such as /Users/johnsmith/Tools/). You can then define the version you want to use by typing the version number in the ANT_HOME environment variable.

Note 2: The same principle applies to Java. You can store multiple versions of Java on your machine and define which version you wish to run in the JAVA_HOME variable.

If you wish to double-check the value of a variable, type:

This command will list all environment variables with their respective values. To select only the ANT_HOME variable, type:

The last step is to update the environment variable PATH, which lists all directories of the file system that the computer should search for an executable program. The procedure is exactly the same as that described in the previous section. Linux and Mac OS X users should open the .bash_profile file again and in the last line type:

This command makes the scripts in the bin folder of ANT_HOME available to the operating system to look for the ant command. Windows users should follow the same procedure as that described in the previous section with the difference that the PATH variable already exists and need only be edited. Another distinction is that in Mac OS X and Linux systems, different directories are separated by a colon, while in Windows systems by a semicolon. Furthermore, under Windows, the value of an environment variable is called with %ANT_HOME%, whereas under Linux and Mac OS X it is $ANT_HOME. The easiest way to add ANT_HOME under Windows is to type:

at the end of the PATH variable’s current value. In the command line, now type:

where -v stands for version. This commands shows you the version of Ant you’re using and the build date of the program. The entry in the .bash_profile file is important as it is now permanently available on your computer. 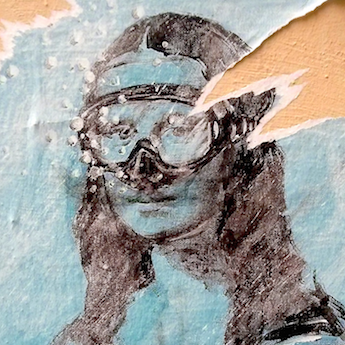